The Mimal Killings were carried out by Allison Valant and Scott Woods Jr. between March and August 2002, around the states of Minnesota, Iowa, Missouri, Arkansas, and Louisiana. The victims were 34 people- aged 32 to 66, they were either beaten, stabbed, or shot. The crime spree ended when the two were gunned down by law enforcement in Baton Rouge, Louisiana.

The spree got its name from the geographical acronym for each state the murders took place.

Allison Melinda Valant was born on April 17, 1987 in Richmond, Virginia to Melissa Valant and David Leroy. The youngest out of three siblings, she was frequently beaten by the older two, she would cope with the pain by heavy drinking. On November 4, 1990, her parents were killed in a car crash. She was taken in by a foster family and moved to Northfield, Minnesota.

On June 3, 2001, she met Scott Woods Jr. (who lived next to her.) The two then fantasized about a perfect murder and Valant agreed to join Woods on his murderous crusade.

Scott Mason Woods Jr. was born on January 3, 1982 in Minneapolis, Minnesota to Scott Woods Sr. and Wendy Petersen. Not much is known about his past, what is known is that his father was arrested for robbing a grocery store. He met Valant and fell in love with her. 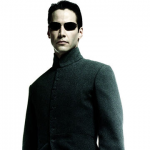